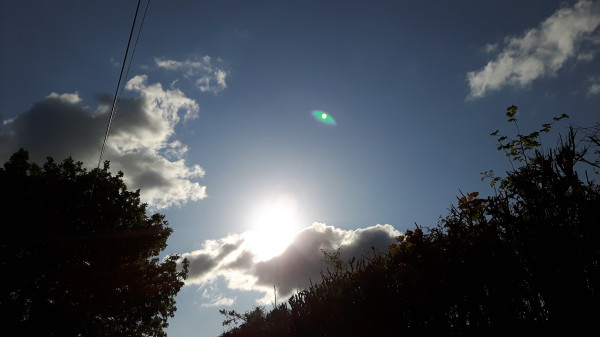 “Only the hand that erases can write the true thing.”

Well, that was pretty painless -- jumping ship that is.

But I’m not complaining: I’ve learnt a bucket load, showcased a few screwy ideas and helped a few people see the possibility that life has to offer. If I have one regret, though, it’s that I didn’t impose a stronger brand of leadership on the firm, even if that would have lead to my inevitable demise much, much quicker. Lesson learnt.

One question was common: what next for Summerhayes? Me: a shrug of the shoulders, a nonchalant, irreverent look and an innocent “Don’t know” response. To lawyers, you can imagine the look (“Is this guy serious?”). But the departure email (not sent by me) may have had something to do with it -- i.e. he’s off to pastures new (which ones?).

In truth, I have a very clear idea what follows, it’s just that I’ve nothing to walk into whether that be paid employment or a plethora of consulting or coaching gigs. I can’t say I didn’t mess up the timing but needless to say I’m now in full BUSINESS DEVELOPMENT MODE (sell, sell, sell).

My message though remains undiminished; namely, I see people in whatever setting as they might become, i.e. true Self (yes I write this with a capital S because it’s the norm in spiritual circles…), and not as they are. When I say that each of us is possessed of genius I’m not exaggerating. That’s not to say that some people aren’t equally possessed of ‘evil’ -- hopefully not my putative clients -- but there’s a darkness and light to all of us.

If I could make coaching full time then that’s where my heart lies (I’ll give it my best shot) but something tells me, given the South West ‘market’, that I’ll end up either in a full time role (I’ve a few irons in a few different fires) or a part time role with a number of consulting gigs running alongside. I’ll keep you posted unless confidentiality doesn’t permit.

As to my social media presence, I’ve not given it a moment’s thought but I know I want to keep blogging for the moment (see yesterday’s post for the slight wrinkle on this). I also want to start podcasting again and running a few events using Eventbrite -- if you’ve never been to Devon, England it’s an amazing place, bordered by the sea and Dartmoor (Hound of the Baskervilles never did it justice). Again, I’ll keep you in the loop. Do though let me know if there’s a better way to share my awaken, to true Self message. That means send me an email or Tweet me @JuSummerhayes.

On the family front, I’m looking forward to spending quality time with my children. It could be the last opportunity I get for a while.

As to my other interests, again they’re in the mix but I don’t want to write too much about them but instead let my creative self do the talking.

Anyhow, that’s it for now.

PS. I should also add that I’m still reading but this time I’m mixing it up with Bukowski and a few other writers that have made me realise that there’s more than one way to skin the proverbial cat.