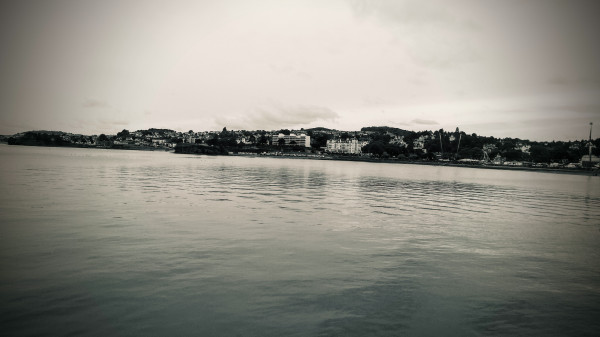 “In three words I can sum up everything I've learned about life: it goes on.” ― Robert Frost

What do you think to quotes? I’m still not sure if they add to or distract from what I’m writing but, for now, I intend to stick by them.

The same? Always the same? (Is that such a bad thing, after all, for many people, just getting through the day -- fighting bigger battles than I can ever conceive -- is more than enough.)

I’m at work (no surprise), and I’ve been tasked with looking at one of those perennial issues, namely billing. Of course, it’s important but I’m always mindful that doing the job (law) is hard enough without having too many people on your case. But I’ll do it with grace and humour, and hopefully we’ll make progress with ensuring we don’t have another last minute scramble to get all our bills out the door at the 12th hour.

Yesterday, I downloaded Steven Pressfield’s book, Nobody wants to read your sh*t. So far, it’s great but then I didn’t expect anything less from the master storyteller (and brilliant editor in the shape of Shawn Coyne). I’m not minded to go into detail about the message but, suffice to say, it’s reconfirmed again the need for me to stop talking and start writing my book. To say I’ve stalled is an understatement.

As I may have mentioned, we’ve sold our house (subject to exchange of contracts). I’d forgotten how tedious the process is but needs must. Agents are fine when it’s going their way, but the moment they don’t like what they hear...from their clients, you feel like the guilty party, even though, on this occasion, it’s our purchasers who are making heavy, lead-weight weather of things. We were supposed to be moving within the same village to make things as easy as possible for my two youngest children, ‘H’ (17) and ‘F’ (12), to attend the local schools. But I’ve learned this morning that ‘F’ is very unhappy and may want to move school. No great shakes but I wonder who’s in charge of the good ship Mr and Mrs Summerhayes? Part of me wonders, a big part actually, if we’ve made the right decision living in Devon for all these years or if we should have made more of our skills on a slightly bigger stage? It’s not a money thing but an opportunity thing. Does that make sense?

I’m going to keep to my morning ritual which doesn’t now start with the computer but writing by hand my morning pages and reading. I can’t tell you how much better I feel not spending so much time in front of the PC. (It’s actually quite Zen.)

Before I sign off today, I can’t help but mention the dreadful, sickening shooting in Orlando. My prayers go out to all the families affected. It looks so obvious from this side of the pond but America has to ban all guns and find a way of getting people to hand in their guns and for them to decommissioned. I know this is dreadfully simplistic, but until you take the guns of circulation any method to militate or prevent mass shootings will inevitable fail.