The business of business 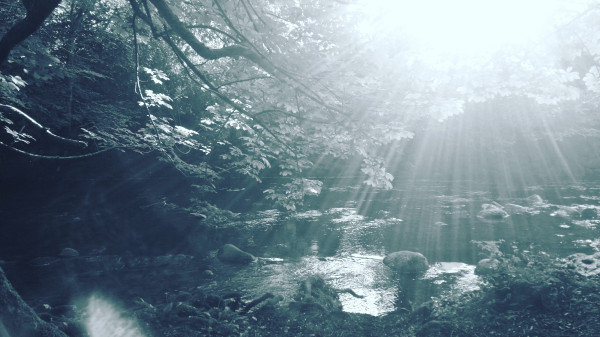 “If your business depends on you, you don’t own a business—you have a job. And it’s the worst job in the world because you’re working for a lunatic!”
― Michael E. Gerber,The E-Myth Revisited

OK, so I got out of Devon today.

No big deal. But I always feel better for getting away from my desk, and seeing what's going on outside of Sleepville. (Yes, I can say that with conviction because: (a) I'm a Devonian -- to my core; (b) I've lived here for most of my life; and (c) nothing much happens here, and it's getting worse by dint of the change in demographic.)

(LJ might not be the place to talk about any of this, or what I'm about to open up about (again), but, as I've said already, I'm only blogging once a week, and I see this platform as a way to talk about my day and that includes not just the toings and froings but what's going on in my tiny little head.)

Right now, and not for the first time, I'm gripped by the writings of Michael E Gerber. I've not checked out the latest entry for Wikipedia but I would guess he's 80 or 81; and he's still going strong with his Dreaming Room business, or at least I think he is judging by what I see on the website and the weekly or so audios I receive in my inbox.

The thing is, even if you don't know who he is or his story, he has something memorable to say, which affects all of us. In a nutshell, it concerns the failure rate of small businesses, which are the backbone of this country. You might say: "Who gives a s***?"But the truth of the matter is that even if we don't own or work in a small business, I'll bet you know someone who does. His thesis is simple (despite the fact he's managed to write many books on the subject); namely, just because you know the work of the business -- e.g. you're a world-class hairdresser [substitute any occupation you like] -- doesn't mean that you'll be able to start and run a successful business that offers that service. In short, to operate a successful small business you have to understand the difference and effect of working on the business as opposed to working in the business. It's the mindset of the entrepreneur we're after as opposed to the doing it, doing it, doing it mindset of the technician.

And why do I tell you any of this? Because, for as long as I can remember, I've been fascinated by business. In the early days it was about the money, but these days it has nothing to do with the money -- for me or those I serve -- but everything to do with self-actualisation or self-transcendence. In short, to see your business or the one you work in as the best opportunity you'll ever have, and particularly so given how much time we spend at work, in becoming the best or truest version of you. It's the difference between living and mere existence.

I'd like to think I can let this go, but I can't. As much as I might profess spiritual self-enquiry as the apogee of our existence, I've to accept that not everyone buys into that but they do buy the line that says to get what I want I've got to work. And if I want the freedom to mould my life into something worthwhile, I'm sure as hell ain't going to do that working for someone else -- and definitely not some mega, mega corporation.

But, and there's always a but, I now look back on my journey out of law (2010-2014) and wonder how the hell I made any money, given I had no business to build -- my brand was all I had and a few tips and tricks up my slightly dog-eared sleeve; I spent no time at all turning my 'idea' into a systems-led operation, which is where, much like all the turn-key franchises, make their money. And I suppose what this means is that if I decide again to escape paid employment and go out on my own, I've got to be prepared to put in some heavy lifting in developing a system that is scaleable and has the potential to transform the lives of the people the business serves.

I could go on but I think you get my drift.

Tomorrow, I'll be back to the grind but I'm not letting go of my rekindled MEG zeal. I know it'll be lost on most of the people I work with but that doesn't mean I can't deploy a few tactics and slap on a strategy here and there that might make a difference to the business.

Anyhow, it's getting late, and I think it's time to sign off.